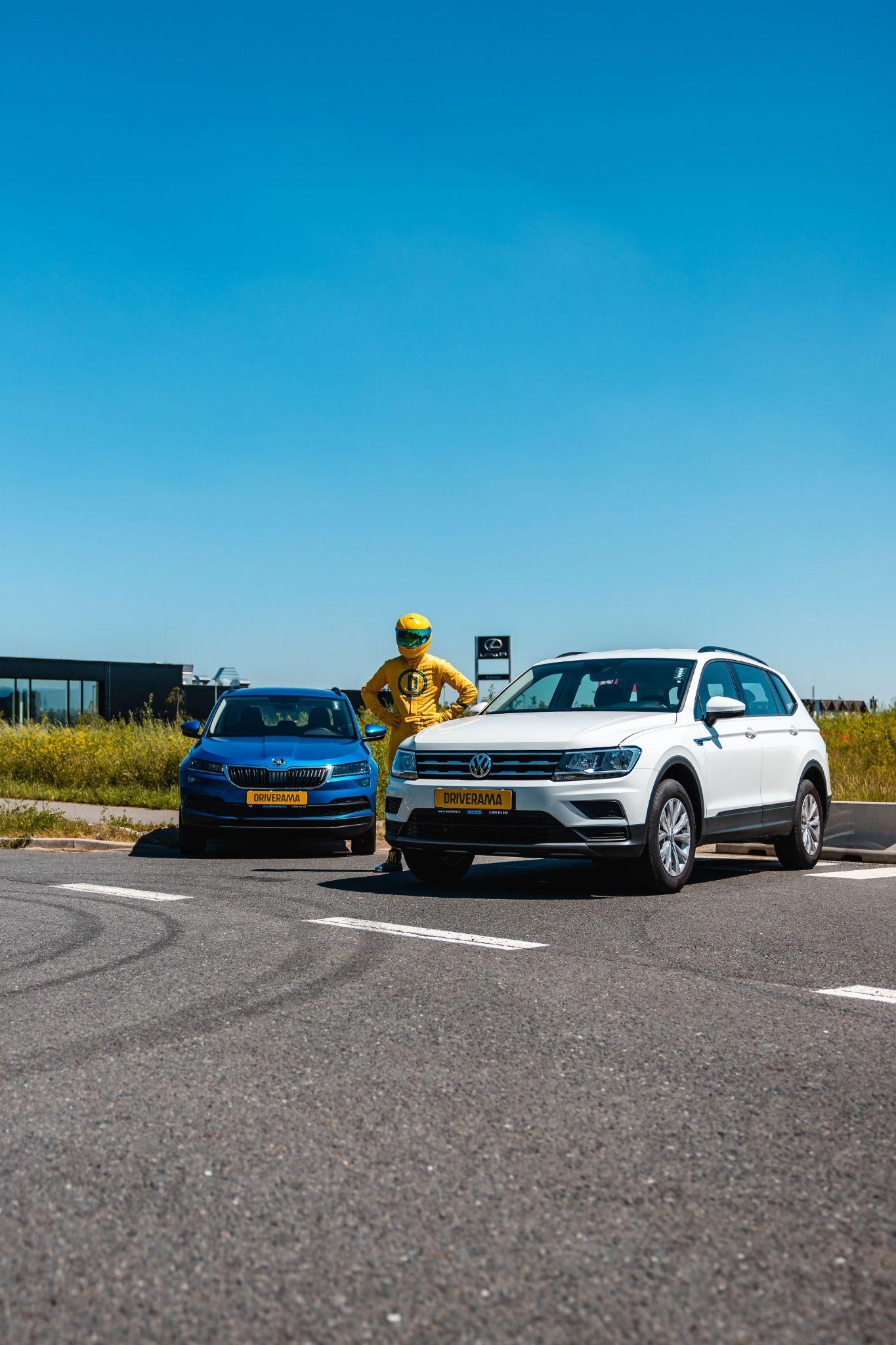 Tiguan, Tiguan, Tiguan. Since it was first introduced at the beginning of 2017 and actually able to be driven, everyone has been thoroughly impressed. VW introduced the first generation of the Tiguan in 2007, a vehicle which is now Germany’s best-selling car in the compact SUV segment. Hardly anyone can hold a candle to it. Of course, this does tend to arouse envy and resentment. And this is usually found, as has been the case since the time of Cain and Abel, in one’s own family, namely on the part of the Seat Ateca or Skoda Karoq, but more about that later.

After four years of construction of the previous model, the 2017 VW Tiguan deserved a product upgrade. The front is the significant thing here. Besides the headlights with LED as standard, which appear in the style of the Golf 8, the more strongly contoured bonnet has also changed. The look of the sides has also been upgraded. Apart from the sills, 20-inch tyres with Misano rims have also been added in the R Line. Dynamic indicators are used for the first time in this model series.

The engine range consists of 4-cylinder engines with a power output for petrol models from 130 to 150 hp and from 122 to 200 hp for the diesel models. The Tiguan R is offered with 300 hp. If you are prepared to get those lovely 20-inch rims dirty, you can definitely take it off-road with the 4motion system. Combined fuel consumption is around 6.6 litres. The seven-speed automatic accelerates the 200 hp diesel with 400 Nm confidently to 100 kilometres per hour in 7 seconds.

A look inside the interior of the Tiguan

The 2017 Tiguan offers plenty of active safety features and equipment as well as smartphone connectivity. As standard, the Tiguan offers a multifunction steering wheel which can be used to control the most important functions. The display shows a close relationship with Audi’s Virtual Cockpit. Clear and concise, the individual function screens appear and provide optimal information about the vehicle’s status at all times. A new feature in this model is that all of the services which have been added are now permanently online thanks to a built-in SIM card.

Are there any alternatives to the VW Tiguan?

There is no end in sight to the boom of these all-rounders that offer a high driving position. This has now reached the point where every manufacturer has to have one in its range. There are two more alternatives from the Volkswagen Group. Seat enters the race with the Ateca and Skoda with the Karoq. BMW joins the competition with the X3 20 D. In the basic version, the BMW X3 20 D is in fact cheaper, but the Tiguan R offers considerably more performance for the money. In principle, VW installs the same technology in all mid-size SUVs, as all three vehicles are based on the modular construction principle. Starting at EUR 26,500, we have the Tiguan Fun with a 1.4 litre petrol engine offering 125 hp. However, for a better comparison of the models, we should use the 160 hp diesel costing EUR 30,000 which has all-wheel drive, as the Seat Ateca has all-wheel drive as standard in this version. With a top speed of 201 km, the Tiguan is clearly one step ahead. In comparison, VW has ensured a little more versatility with the Tiguan. Unlike its competitors, you can more precisely fine-tune your configuration, choosing between automatic or manual to go with your desired engine. I find that very attractive. Diversity is my thing. In the big VW sweet shop, you can order almost anything that VW has to offer. Unlike the Skoda or Ateca, a head-up display can be ordered as an optional extra, as can light assist, which the other two brands do not offer.

What does it look like in the boot of the Tiguan?

With 520 litres of boot space, 1,655 litres with the rear seat folded down, the VW Tiguan is somewhere in the midfield. Unlike the Seat, however, the rear seat can also be moved forward.

And finally, the weak points

With a kerb weight of 1.7 tonnes, the Tiguan is no lightweight. Those who opt for the 122 hp version will probably be travelling at a fairly leisurely pace. A breathtaking sprint is not to be expected. Starting with the 200 hp version or even the R version with 300 hp, the ride is more fun.

Good resale value, thanks in part to Driverama

Basically, the Tiguan is a solid car known throughout the whole of Germany with a good resale value. If you are considering a change of model, then you should offer us your old Tiguan. We look forward to meeting you and making you an uncomplicated, fair offer. And all that without any price negotiations. Transparent & simple!